Autism is perpetual and unrelenting hyperfocus, the state of intense single-minded concentration fixated on one thing at a time to the exclusion of everything else, including one’s own feelings.

• Hyperfocus appears to be caused by a dysfunctional cingulate gyrus (CG), that part of the brain which focuses attention.
• Forty-four traits caused by hyperfocus are documented in Appendix A.

Until 2018, all my experiences of autism supported the hypothesis that autism is congenital. Although symptoms of autism may not become apparent for several years, the unique neurophysiological anomaly that is autism appears to be present at birth. This was the conclusion I had reached after studying 21 Autistic people, including myself and three family members. 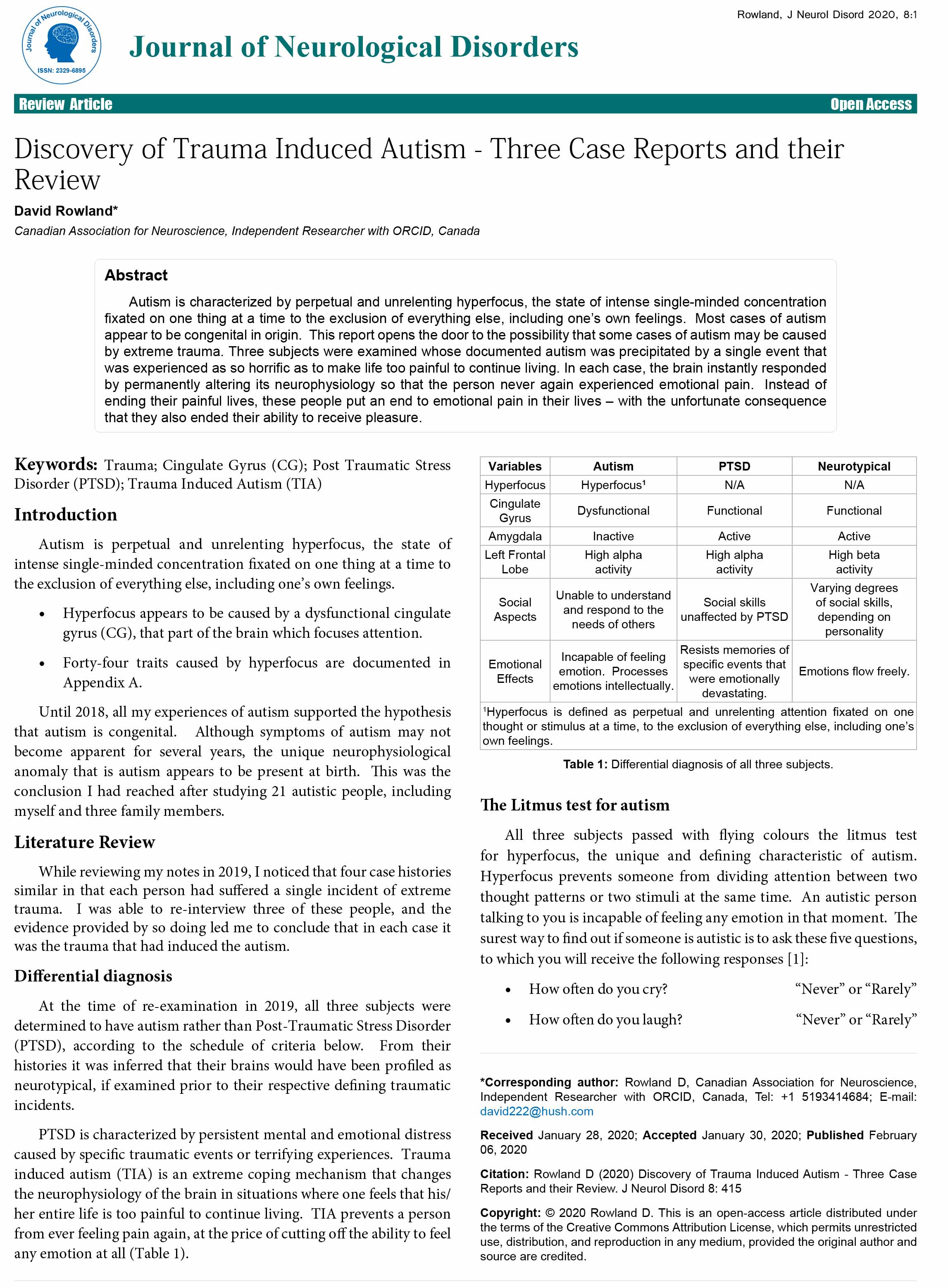